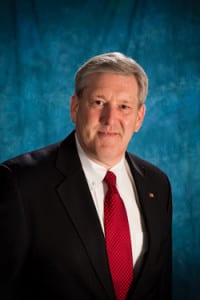 Mr. Coon served with the United States Marshals Service (USMS) for 28 years, retiring in June, 2000 as Assistant Director and member of the Senior Executive Service.

During his career, Mr. Coon held a wide range of operational and management positions ranging from Deputy U.S. Marshal to Assistant Director. Mr. Coon’s experience spans the spectrum from starting new divisions to managing multiple, nationwide operational organizations such as the Witness Security and Court Security Programs. During this time he served on wide range of inter-agency Task Forces, Working Groups, Boards and Councils. He was also the Attorney General appointed Deputy Director for six months, managing day-to-day operations of the USMS.

Mr. Coon’s community service included serving on the Crowfield Plantation Community Services Association, Board of Directors, as the elected Secretary and President and also on its Selection and Budget Committees. Mr. Coon is an active member of the Fraternal Order of Police, having served on the Budget and Bingo committees and he is a member of the Charleston Federal Executive Association. He also has served as part of the citizen review panel for the South Carolina Children’s Trust Fund, and he was appointed by the Governor to serve as a member of the South Carolina Foster Care Review Board.